Are you looking for the PMP formulas that are part of the Project Management Professional (PMP) Exam? If yes, you are reading the right article. As in this article we will share with you the 15 PMP Formulas that can help you prepare for the mathematical part of your PMP Certification Exam.

PMP demands a highly focused effort put in by the aspirants to obtain the credentials. Passing the PMP exam is not an easy task especially if the candidate is not fully prepared. Therefore, it is important to get the idea of the PMP exam and PMP formulas are a part of it. So one must know the pattern and how many different types of questions contribute towards the overall exam.

You can read our Top 10 PMP Training comparison post.

PMP exam has a duration of 4 hours. In this duration, the aspirants have to attempt 200 questions. These questions are multiple-choice questions. And these questions have different types that PMI uses to smartly assess your understanding, knowledge, and experience along with your ability to focus, interpret, and attempt the questions. One of these types is PMP formula-based questions.

However, it is important to note that there is no breakup of question types like the one you see for project management domains of process groups. Hence you should try your best to practice the different domains and different types of questions. You should also practice how to pick the right choice among several others.

Your entry could not be saved. Please try again.
We sent links to your email! You should have received an email from us already. If you did not receive, make sure you check your spam folders and add projecthipo.com to safe senders list to receive our emails.

Question Type Based on PMP Formulas

The good part with the PMP formulas is that you must have studied courses like math, STAT, etc. in your school and graduation degrees so you must have a basic idea to solve these types of questions based on PMP formulas. However, the most important aspect you need to keep in mind is to understand these PMP formulas well. Then practice them by reading the questions carefully, then interpreting the provided values and how they can fit in the PMP formulas. You should not assume any values that are not provided in the questions, everything should be interpreted carefully based on the provided information.

We will walk you through the 15 PMP formulas that you need to prepare for your PMP exam.

In this section we will discuss PERT and Float.

PERT stands for Program Evaluation and Review Technique and was developed as an advanced project schedule planning and management system by the US navy in the 1950s. In regards to PMP, PERT is primarily used as an added technique to the Critical Path Method for scheduling activities. PERT can also be applied to stand-alone estimates of work items and activities.

The simple yet commonly used calculation contains the average of the 3 estimated values. The PMP formula of this triangular distribution is: 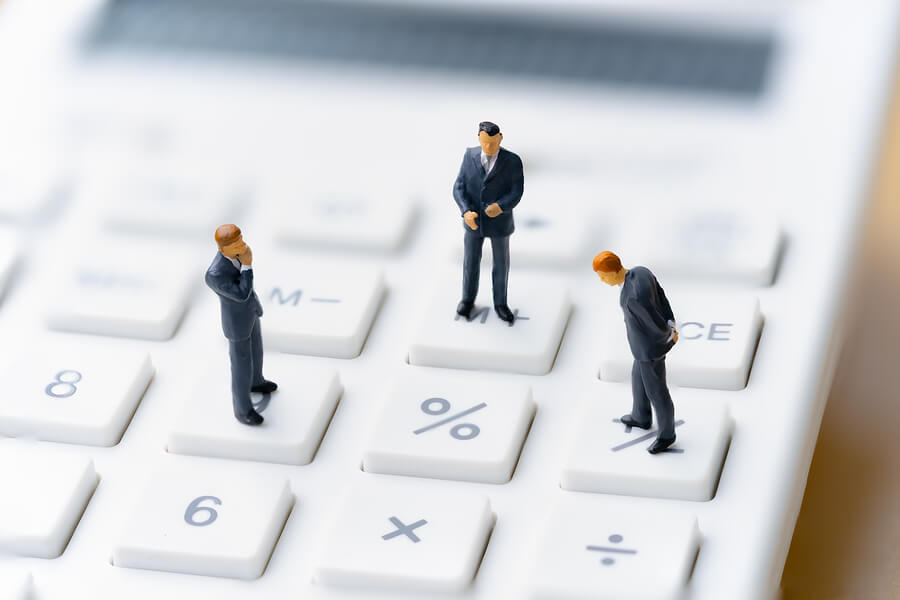 As you can see that in this PMP formula, there are two differences from the triangular distribution. The first difference is the most likely (M) estimate value is multiplied by 4. And the overall divisor is then increased to 6.

For estimating an entire path (analogous critical path method), a similar concept is applied yet using a combined standard deviation of all activities.

The variance of an activity

The activity variance calculation is calculated by taking a square of standard deviation.

A team of subject matter experts is estimating the time it takes to complete an activity. They use the three-point estimation technique. And come up with the following values.

The standard deviation in this case is:

Probabilities and Range of Expected Duration

And for standard deviation n, we can use the PMP formula as

In our example, we have calculated the expected duration value which is 21.5. And the standard deviation which is 1.83. So we can also calculate the range of the probability based on the ranges of deviations.

In the above example we just showed how you may need to calculate the values which are required in the PMP exam. The above example is just to show how calculations can be performed if required. First of all, it is not important that all PMP formulas will be tested in the PMP exam. The number of PMP formula-based questions may vary. In addition to this, in certain types of PMP formulas, you need to be careful in your interpretations and application as the question may just ask you the value that requires simple calculation.

For this sake, we determine the values of Late Start (LS) and Early Start (ES) for each node

Likewise, there is an alternative to the above PMP formula

According to which we may use Late Finish (LF) and Early Finish (EF) values rather than Late Start (LS) and Early Start (ES). Technically speaking, the difference between both these Start and Finish values should be the same.

Earned Value PMP Formulas calculate planned, actual, and future forecasts about the project. These PMP formulas help us to see whether the project is progressing as planned; if it is on time, on budget. For the application of these PMP formulas, you must know the terms:

Usually, a cost variance is a difference between the real amount of a cost and its budgeted or planned amount. This can be calculated by

You must remember the equations and note that it is not always necessary that you are given the value of EV and AC and then asked to calculate CV. It could be any value you may need to calculate provided the other values. 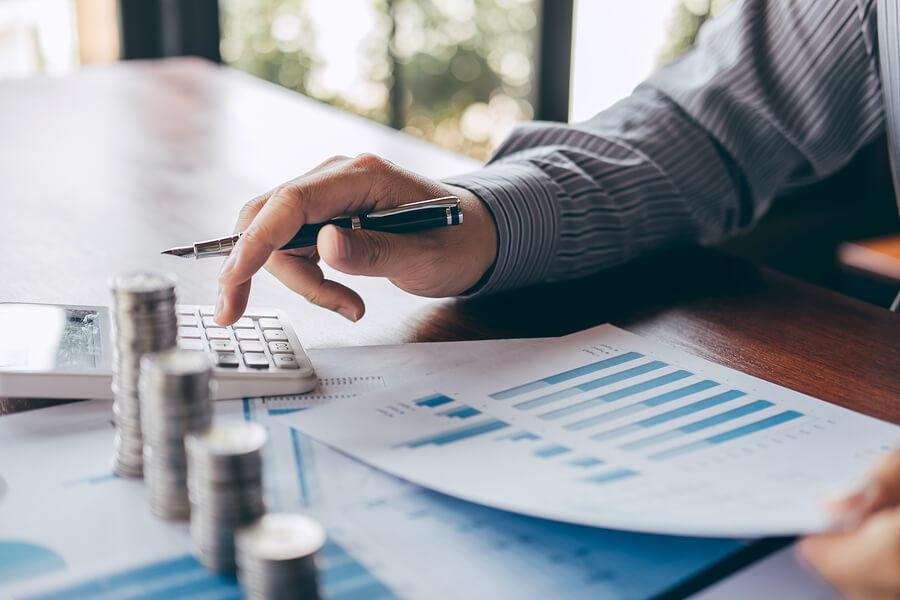 Schedule Variance’s aim is to measure schedule performance through the difference between the earned value and the planned value. Accordingly, its formula is as follows:

One of the most commonly used PMP formulas for control cost is CPI. It measures the cost efficiency of budgeted resources, expressed as a ratio of earned value to actual cost. Accordingly, its formula is as follows:

You can recall what we did in the Cost Variance PMP formula. Which finds the difference between EV and AC. Here we get the ration of the two. If our Earned Value is greater than the actual cost it means CPI > 1, so this means the project is performing well. And CI < 1 means, the project is utilizing more than the budgeted cost.

The schedule performance index (SPI) is a measure of schedule efficiency, it represents the ratio of earned value to planned value. It is one of the most used PMP formulas for the control schedule. Its aim is to measure how efficiently the project team is accomplishing the work. Accordingly, its PMP formula is as follows:
SPI=𝐸𝑉/𝑃𝑉

You can recall what we did in the Schedule Variance PMP formula which finds the difference between EV and PV. Here we get the ration of the two. If our Earned Value is greater than the planned value it means CPI > 1, so the project is performing well. And CI < 1 means, the project is utilizing more time than the estimated time.

Referring to the same example we discussed in Schedule Variance in which PV is 40 days and EV is 36 days. SPI = 36/40 =.9. Which is less than 1 so we will interpret that the project is lagging behind.

We detect BAC during the cost management activities, more specifically in the “Determine Budget Process” of a project. BAC includes contingency reserves for activities and defines how much money will be spent during the project in total. Accordingly, its PMP formula is as follows:

Cost Contingency reserves are the budget within the cost baseline that is allocated for identified risks, which are accepted and for which mitigation responses are developed. In other words, contingency reserve is an estimated amount added to a project base estimate to cover the inherent project risks.

The expected total cost of completing all work expressed as the sum of the actual cost to date and the estimated sum to complete the project. We can use different PMP formulas to find EAC depending on which parameters we have available.

It assumes that all future ETC work will be accomplished at the budgeted rate. Accordingly, its PMP formula is as follows:

It assumes that we expect the achieved cost performance until now, will continue in the future. Accordingly, its PMP formula is as follows:

This is the same perspective of the Cost Index. If it is less than 1, the EAC will be greater value. Otherwise it will be smaller than the Budget at Completion.

It assumes that we will perform ETC work at an efficiency rate that considers both the cost and schedule performance indices. Accordingly, its PMP formula is as follows:

You need to practice on which of those PMP formulas you are going to apply.

Estimate to Complete (ETC) represents the expected cost to finish all the remaining project work. So, you can calculate your budget ETC at any point in time depending upon the progress of the project at that specific time. This can be determined by the re-estimation of the remaining works in a project. The PMP formula for the ETC is as follows:

Variance at Completion is the difference between the budget at completion and the estimate at completion. To identify VAC, the following PMP formula is used: 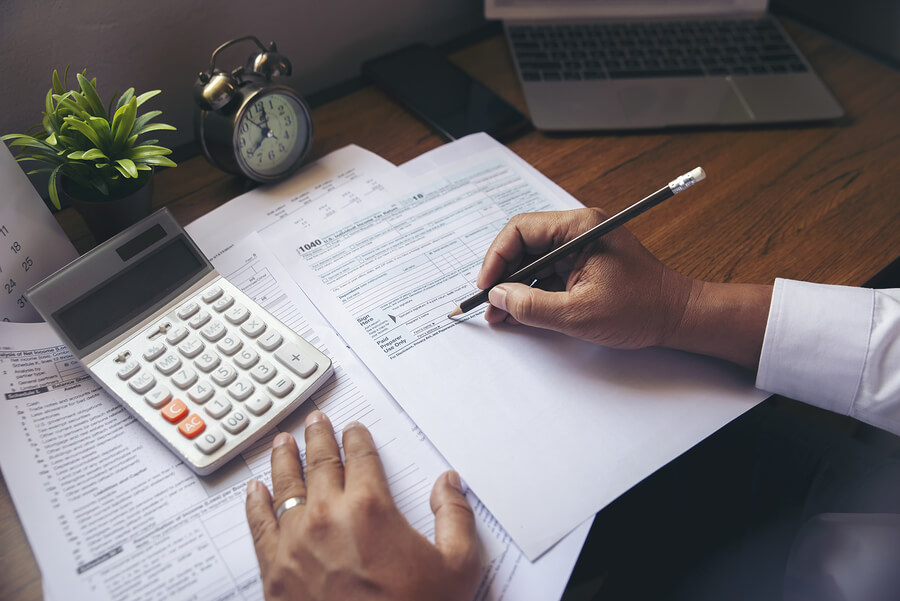 TCPI represents the ratio of the cost to finish the outstanding work to the budget available.

There are two approaches to calculate TCPI.

If there isn’t a new EAC value, we use the following formula:

If there is an EAC value, then we use the following formula.

One of the PMP formulas which focuses on the time value of money and the value of future cash flow is less today than its amount in the future. The PV can help in the project selection process. We calculate this through the Present Value (PV) formula. The formula is as follows:

You are a project manager and you have to recommend one project to choose for implementation. For the decision-making purpose you have calculated the NPV for each of the projects. Project A has NPV $50,000, Project B has NPV of $55,000, Project C has NPV of $30,000. And Project D has an NPV of $45,000. Which project you will recommend opting for?

The answer is Project B (Choice A) as it has the highest NPV.

Where N = number of stakeholders

We usually use it in risk quantitative analysis to measure the EMV of an opportunity or threat. We calculate it by the following PMP formula:

You can think of EMV as an average of the best- and worst-case scenarios. It accounts not only for the dollar figure assigned to each outcome but also for the likelihood of that outcome occurring.

To determine EMV, multiply the dollar value of each possible outcome by each outcome’s chance of occurring (percentage), and total the results.

For example, if you bet $150 on number 6 which will come up in a single try when you roll on the dice. There is a chance of occurring of number 6 is 1 out of 6. Whereas, the chance of losing $150 is 5 out of 6. So, the EMV for this scenario will b calculated as

Generally, for EMV, decision trees are used to cater for complex scenarios like different cases have sub-cases. And each case has its probability and likelihood. So as a project manager, you need to look for the EMV. You should consider the largest value choice from the available choices.

PTA is applicable only in the Fixed Price Incentive Fee (FPIF) Contracts. Costs above the PTA level are considered to be due to mismanagement. You can calculate PTA by using the following PMP formula:

You can calculate PTA as: